The Coalition Opposing New Gas Stations (CONGAS), is a grassroots community-based coalition of hundreds of Sonoma County residents and over a dozen local organizations.

CONGAS’s mission is to stop the construction of new gas stations in Sonoma County and beyond.

CONGAS was initiated in February 2019 when Sonoma County residents became alarmed about a huge 24/7/365 16-pump gas station, car wash, and mini-mart proposal at State Route 116 and Stony Point Road in unincorporated Sonoma County between Cotati and Sebastopol. The community rose up and defeated the proposal on July 8 2019 when the application was withdrawn amid fierce community opposition.

Subsequently, three additional new gas station proposals were discovered. One was in unincorporated Sonoma County at 5300 Sebastopol Road. In July 2020 CONGAS succeeded in defeating that proposal. The other two are in Santa Rosa at 874 N. Wright Road on the west side and 43 Middle Rincon Road on the east side. CONGAS also works in collaboration with Save Petaluma, the group that is fighting the Petaluma Safeway Gas station proposal. Visit No Gas Here for information about that effort.

Since its emergence in early 2019, CONGAS has:

The Social Cost of Gasoline Use

A few examples in North America alone include the Dakota Access Pipeline which threatens the Standing Rock tribe (and 17 million people downstream on the Missouri River), the Keystone XL pipeline which threatens tribes for over one thousand miles from southern Alberta to the Gulf of Mexico, and Alaska where the livelihoods of the Gwich’in people are at risk because of plans to drill in the Arctic Wildlife Refuge. These are some of the underlying reasons why we fight to stop the construction of new gasoline stations.

There are many other reasons why CONGAS members oppose gas stations: traffic congestion, leaking underground storage tanks, surface water contamination, public health hazards, overdevelopment, and more. But all CONGAS members share the understanding that in the 2020s, in the midst of a global climate crisis that threatens all of humanity, it is a very bad idea to be constructing new gas stations. 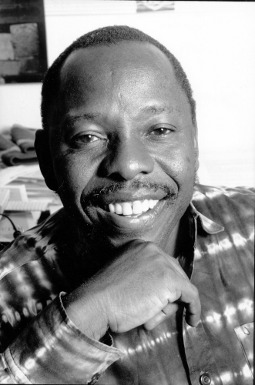 This website is dedicated to the life and memory of Ken Saro-Wiwa, and the many thousands of others all around the world who struggle every day to defend their communities and the environment from the ravages of the fossil fuel industry. Ken gave his life defending his community and its environment from the devastation caused by the extraction of petroleum in Ken’s Ogoni homeland in the Niger Delta. He was an early inspiration to CONGAS activists.

We are not just against new gas stations. We support smarter land use planning that reduces the need to travel in the first place, improvements in clean, frequent, affordable public transportation, improved bicycling and walking infrastructure and amenities, and expanded electric vehicle charging options.

Your Support is Essential